Academic supervisor,  Full Professor, and examiner at University of Göttingen. Founder and Director of the Woehler Research Institute for Sustainable Chemistry: WISCh

Advisor of 20 PhD students, 6 post-doctoral students, about 20 undergraduate students since 2000 and is a regular member of PhD committees in Poland and abroad.

Alexander Kirillov is a Professor of Chemistry at the Instituto Superior Técnico, University of Lisbon (IST/ULisbon), Portugal.
View Profile

She has been the advisor of 15 PhD students, 15 post-doctoral associates, and ca. 30 undergraduate students since 2007 and is a regular member of PhD committees in Switzerland and abroad.

His research interests are located in the field of synthesis of heterocyclic compounds for the manipulation of cell differentiation and GABAA receptors, C-H activation of sp3 centers, the substitution of gaseous reagents for solid alternatives, green chemistry, and flow chemistry.

Franziska Schoenebeck has been a Full Professor and Chair at the Institute of Organic Chemistry at RWTH Aachen University since the summer of 2016.
View Profile
Open Positions

The Georg-August-Universität Göttingen is an internationally renowned university placing emphasis on research and research-based teaching. The university is distinguished by the outstanding quality in its priority research areas, by its remarkable diversity of disciplines, and by strong and deeply anchored interdisciplinarity in the natural and life sciences. With over 30,000 students and offering up to 200 degree programmes, the University is one of the largest in Germany. The University is committed to the values of social responsibility of science, democracy, tolerance and justice.
Lutz Ackermann studied Chemistry at the University Kiel (Germany), and performed his PhD with Prof. Alois Fürstner at the Max-PlankInstitut für Kohlenforschung (Mülheim/Ruhr, 2001). After a postdoctoral stay at UC Berkeley with Prof. Robert G. Bergman, he initiated his independent research career in 2003 at the Ludwig Maximilians-University München. In 2007, he became Full Professor (W3) at the Georg-August-University Göttingen. His recent awards and distinctions include an AstraZeneca Excellence in Chemistry Award (2011), an ERC Grant (2012) and a Gottfried-Wilhelm-Leibniz-Preis (2017). The development and application of novel concepts for sustainable catalysis constitutes his major current research interests, with a topical focus on C–H activation. 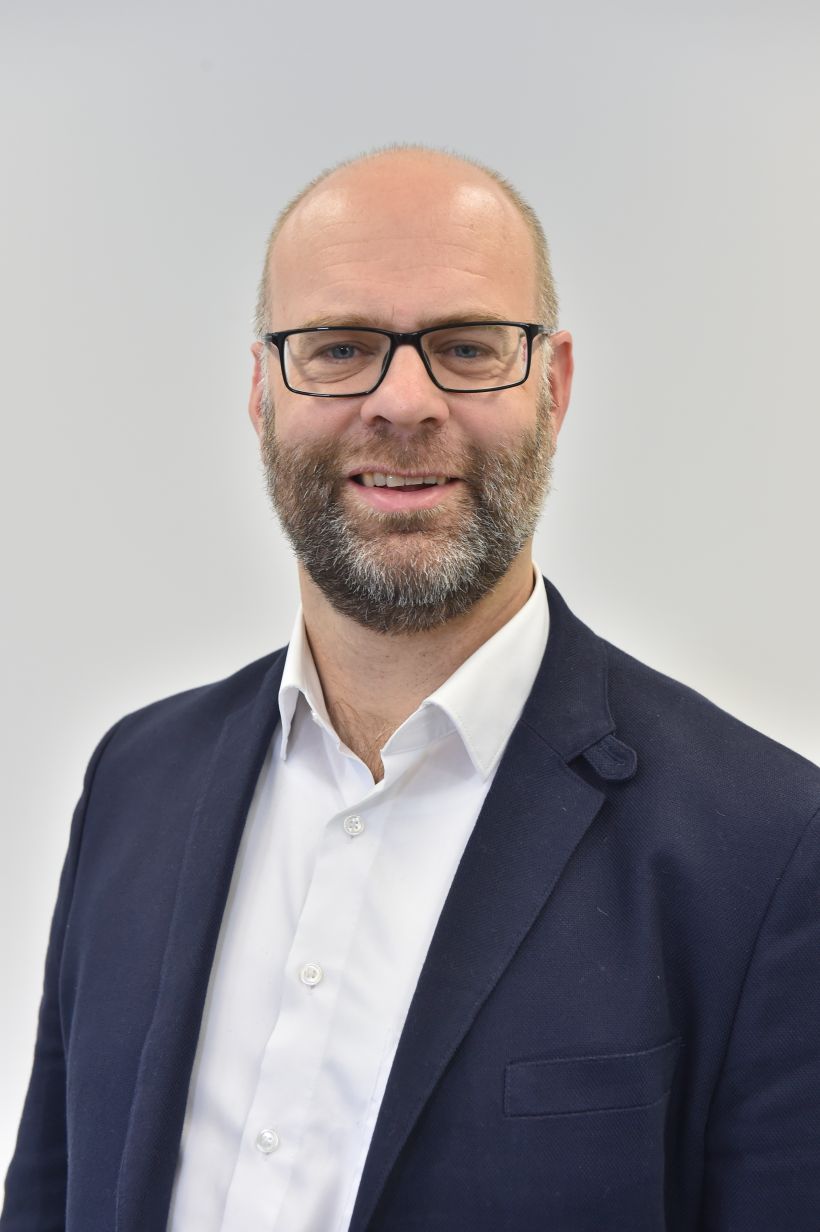 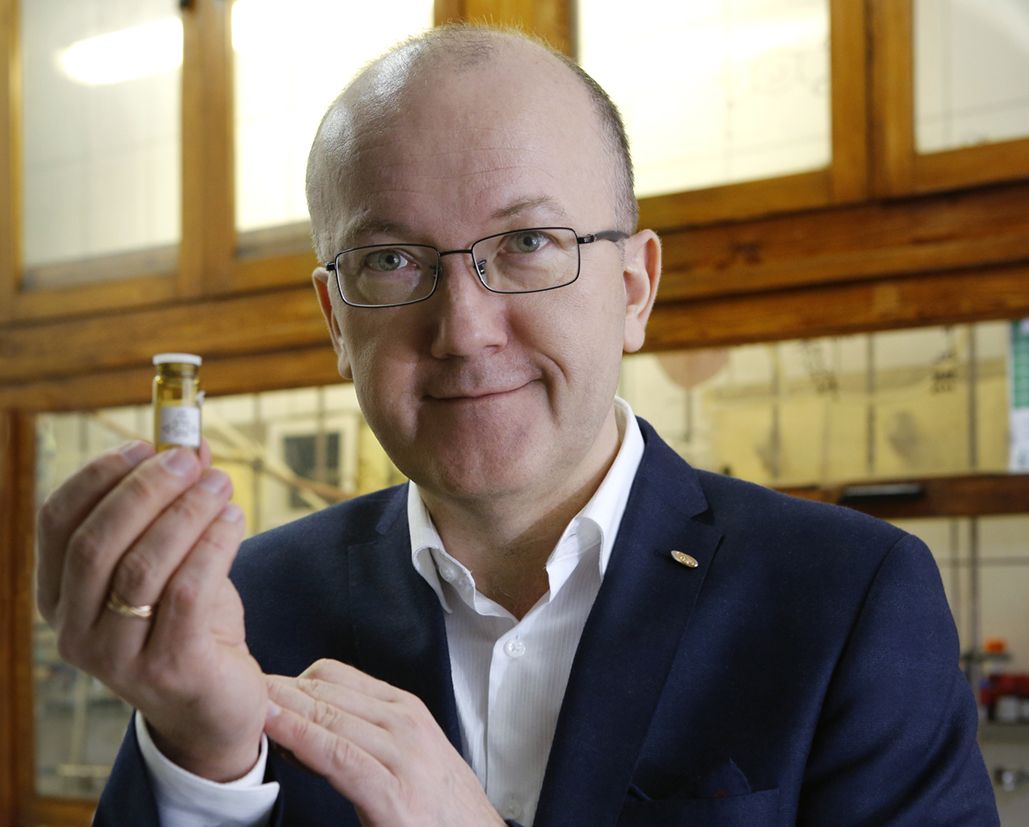 The Institute of Organic Chemistry is a governmental research institute operated by the Polish Academy of Sciences. In the official classification, it is ranked no. 1 in organic chemistry and no. 2 in all scientific fields in Poland. It possesses world class equipment and the oldest PhD-study system in the country. It employs several well-known group leaders including three winners of Poland’s most prestigious scientific award from the Foundation for Polish Science (M. Mąkosza, K. Grela, D. T. Gryko) and three members of the Polish Academy of Sciences. ICHO PAN has the highest percentage of young group leaders in Poland. Alumni of ICHO PAN have started several companies such as: OncoArendi and Apeiron Synthesis. The following key discoveries have originated from ICHO PAN: vicarious nucleophilic aromatic substitution, monosugar synthesis via Diels-Alder reaction, corrole synthesis, super active catalysts from alkene metathesis reaction.
Prof. Daniel T. Gryko: Design of strategies and compounds. He has over 250 publications in international journals and more than 35 invited lectures at conferences and awards. He has been the advisor of 20 PhD students, 6 post-doctoral students, about 20 undergraduate students since 2000 and is a regular member of PhD committees in Poland and abroad.

Instituto Superior Técnico (IST) is part of University of Lisbon, the largest and the most competitive university in Portugal, and is recognized as a prestigious school at international level, namely in the fields of Engineering, Science and Technology. It comprises Portugal’s most important Laboratories and RD&I Centers. IST offers a wide variety of courses and is actively involved in international mobility programs. IST has significantly contributed to create cutting-edge science and technology, which is the main goal of the school.
Alexander Kirillov, b. 1979, is a Professor of Chemistry at the Instituto Superior Técnico, University of Lisbon (IST/ULisbon), Portugal. After graduating in Chemical Engineering (2001), he started (2002) a doctoral program and completed a PhD in Chemistry (2006) from the Technical University of Lisbon (TULisbon, IST), where he also was a post-doctoral fellow (2007) and senior researcher (2008-2011, ‘Science 2007’ PT Govt. program). He has been an invited/visiting professor & researcher at universities in Brazil, Russia, China and France, and is involved in various international research projects. He is an author of 250+ peer-reviewed publications, including 220 research papers (h index = 50), several patents & book chapters.
Current research focuses on Catalysis, Functional (Bio)Materials, C-H Functionalization & Crystal Engineering with an emphasis on the following topics: (i) Design of functional metal complexes, coordination polymers, metal-organic frameworks (MOFs) and advanced nano(bio)materials on their basis; (ii) Catalytic C-H functionalization of hydrocarbons & renewable feedstocks into derivatives with industrial significance (oxidation, carboxylation, green protocols, homogeneous, heterogeneous & bioinspired catalysis); (iii) Synthetic and catalytic processes in aqueous medium (hydrothermal synthesis, bioactive & antimicrobial materials). 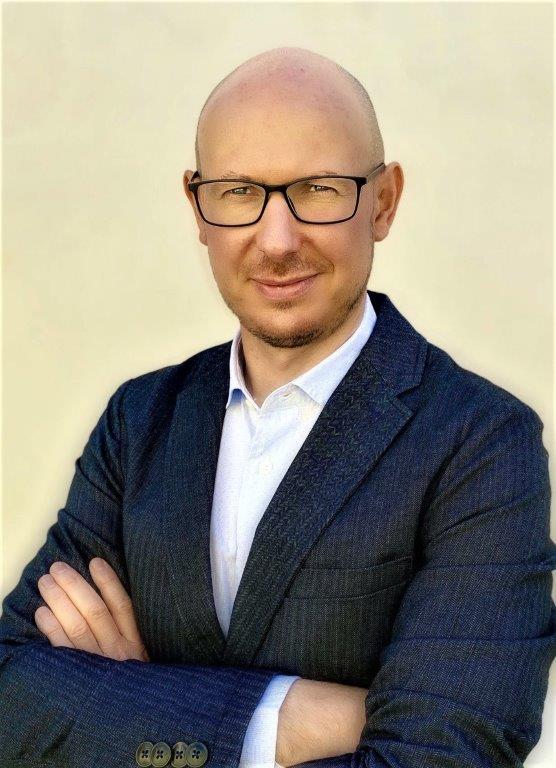 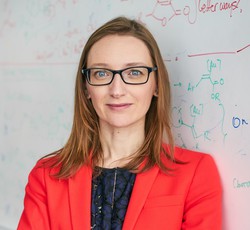 The University of Zurich (UZH) is the largest University in Switzerland. UZH is a core member of the URL, hosts 4000 researchers and trains ca.20.000 students every year. The Department of Chemistry hosts several research groups with interests on the synthesis of bioactive organic molecules (Prof. Karl Gademann, Prof. John Robinson, Prof. Nathan Luedtke), organometallic chemistry (Prof. Roger Alberto, Greta Patzke), and computational chemistry (Prof. Prof. Jurg Hütter). UNITECTRA is the technology-transfer unit and helps researchers to translate their basic results into commercial applications through the long-established collaborations with the life science industry located in Switzerland.

Prof. Cristina Nevado: Design of strategies and compounds. She has published over 80 publications in international peer reviewed journals and more than 100 invited lectures at conferences and awards. She has been the advisor of 15 PhD students, 15 post-doctoral associates, and ca. 30 undergraduate students since 2007 and is a regular member of PhD committees in Switzerland and abroad. In line with the interdisciplinary background of the host institution, the supervisor of this proposal (Prof. Nevado) and her research group, bring together different research backgrounds, with emphasis on synthetic, computational, organometallic and biological chemistry.

Eindhoven University of Technology (TU/e) was founded in 1956 to give a vital boost to the economy in the South East of the Netherlands. The university has an international B.Sc. and M.Sc. program, hosting 23% international students. In the international CWTS ranking, TU/e ranked first of 350 best performing universities worldwide in regard to scientific output in cooperation with industry (2017). The department of chemical engineering and chemistry at TU/e has a strong focus on excellence in two main research fields, i.e. process engineering and macromolecular & organic chemistry.
Dr. Timothy Noël, will be the supervisor of the ESR and will host several secondments. Dr. Timothy Noël (15% fte involvement, coordinator, supervisor of two ESRs) is an associate professor at Eindhoven University of Technology. His expertise lies in the combination of organic chemistry and chemical engineering and focuses mainly on flow chemistry and technology development for synthetic organic chemistry. He received in 2011 the Incentive Award for Young Researchers, in 2012 a VENI award and he was also finalist of the European Young Chemist Award 2012. In 2013, he received a Marie Curie Career Integration Grant. In 2015, he received the Thieme Chemistry Journal Award and a VIDI award from NWO. In 2017, his work was recognized with the DECHEMA award. From 2019, he will be the Editor in Chief of J. Flow Chem. His h-index is 35. ORCID: 0000-0002-3107-6927. Website: www.NoelResearchGroup.com 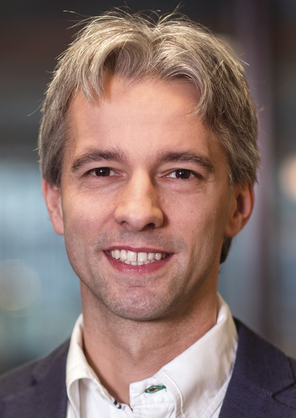 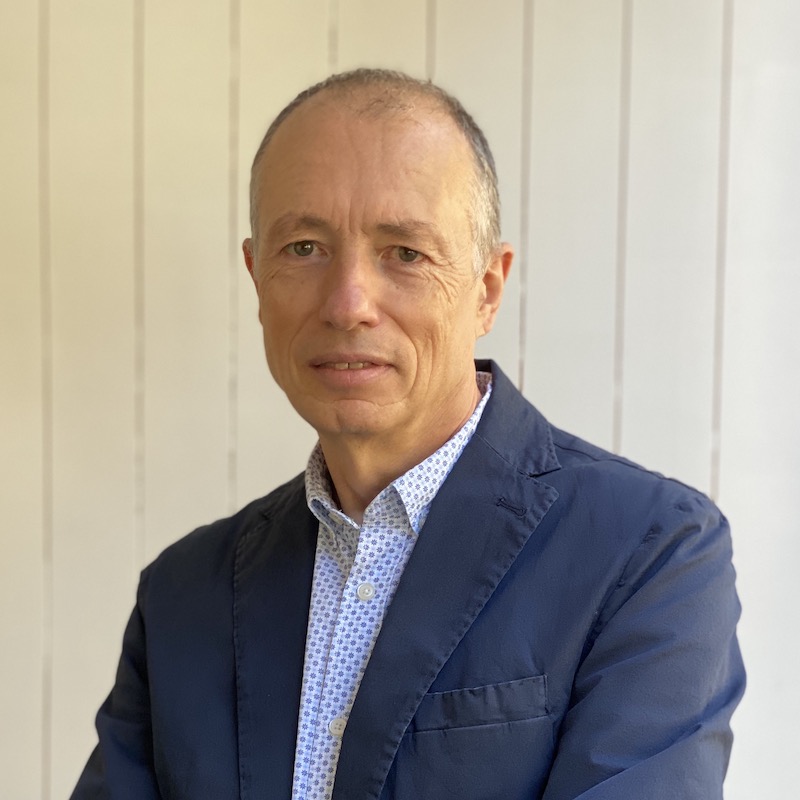 Technische Universität Wien was founded in 1815 and is Austria’s leading research and higher education establishment on natural sciences and engineering with nearly 30,000 students and around 4,800 staff members. It covers eight faculties lead by deans: Mathematics and Geoinformation,-Physics,Technical Chemistry, Informatics, Civil Engineering, Architecture and Planning,Mechanical and Industrial Engineering, Electrical Engineering and Information Technology. TU Wien’s Mission is “Technology for People”. Through research the aim is “to develop scientific excellence” and by doing so TU Wien “enhances comprehensive competence”. As one of Europe´s leading research universities, our focus is not only on the balance of basic research with applied research, but the high quality results from excellent research and close cooperation with economy. TU Wien has participated in 217 research and training projects in FP7. Thereof 39 Marie Curie Actions, including 20 Individual Fellowships; 14 ERC Grants and 1 ERC PoC. In H2020 about 137 projects are in negotiation or already signed. Thereof 37 MSCA, including 22 Innovative Training Networks; 10 ERC Grants and 3 ERC PoC.
M. Schnürch carried out PhD research in the field of heterocyclic and cross-coupling chemistry. During postdoctoral studies at the Columbia University, NY in the group of Prof. Dalibor Sames as Erwin Schrödinger fellow of the Austrian Science Fund he investigated decarbonylative coupling reactions. After the start of his independent career, he established a research program on C-H activation chemistry and cross-dehydrogenative coupling reactions, supported by several research grants (financed by FWF, FFG, The City of Vienna, and TU Wien). 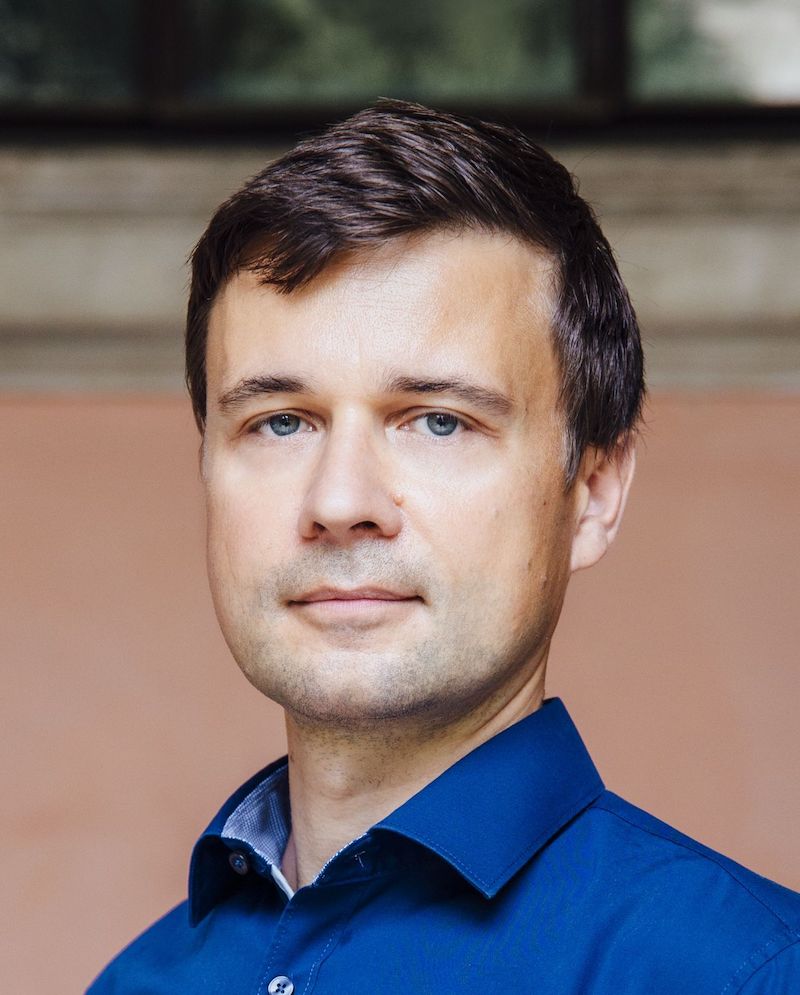 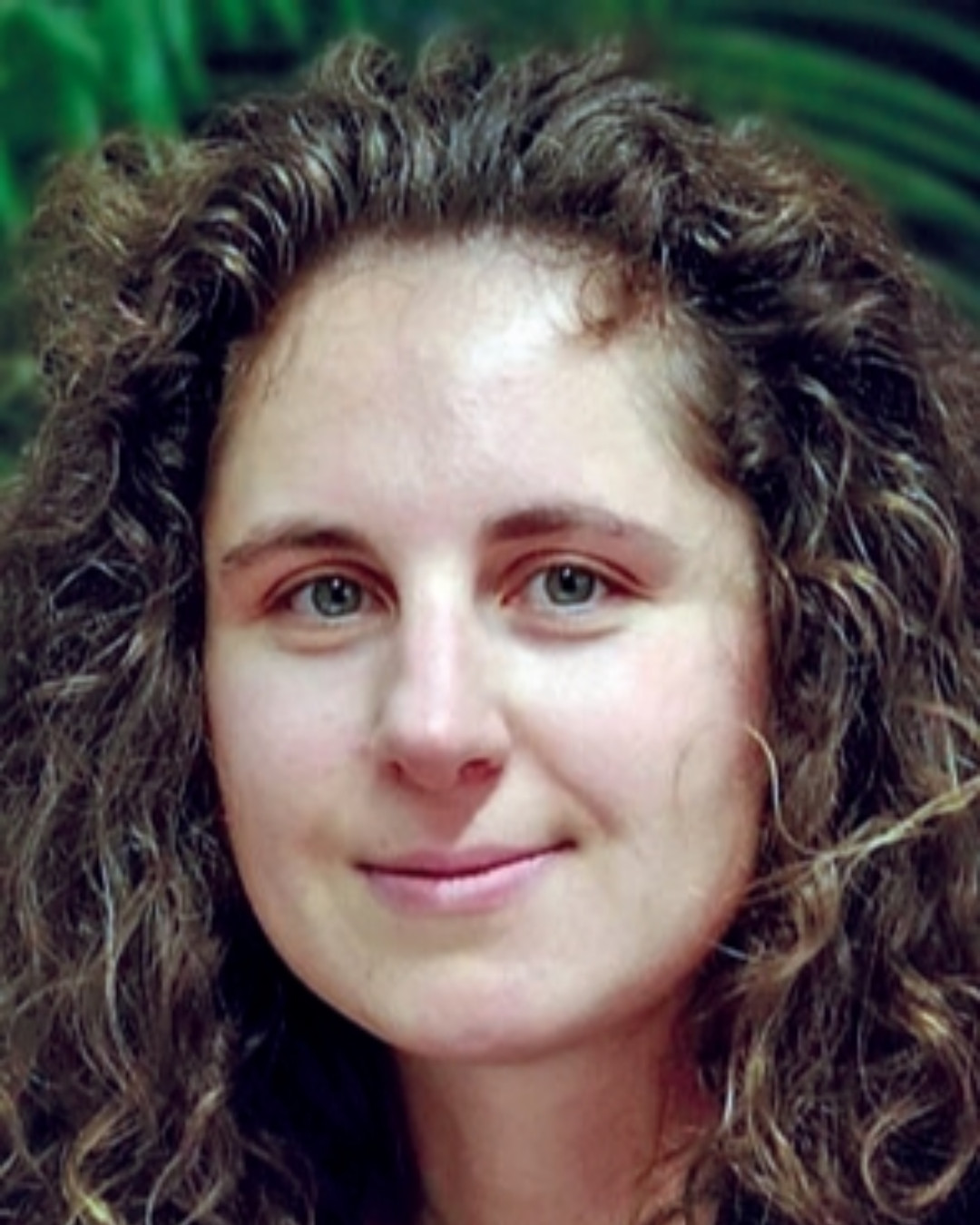 The Institute of Organic Chemistry is a governmental research institute operated by RWTH Aachen University, a leading Technical University in Germany. It is part of the department of chemistry in the Faculty of Mathematics, Computer Science and Natural Science. Chemistry at RWTH is ranked under the top 50 worldwide and three of the most “Highly Cited Researchers 2016” worldwide are member of the organic chemistry (Bolm, Enders, Rueping). It employs several well-known group leaders who won most prestigious scientific awards like the Leibniz-Award (DFG, Enders), the German Returning Scholar Program (MIWH-NRW, Schoenebeck) and several ERC-Grants of the European Research Council (Enders, Schoenebeck, Rueping). The Institute of Organic Chemistry consists in summary of nine professorships for Organic Chemistry with around 100 scientific coworker on the PhD and postdoc level. As research fields in general have to be named design and understanding of novel metal-catalyzed reactions using synthetic and computational methods, organocatalysis, Asymmetric Synthesis and supramodelcular chemistry.

Prof. Franziska Schoenebeck: Design of strategies and compounds. She has over 80 publications in international journals and more than 120 invited lectures at conferences and awards. She has been the advisor of 19 PhD students, 15 post-doctoral students, about 30 undergraduate students since 2013 and is a regular member of PhD committees in Aachen and abroad. Her expertise, especially in the area of computational chemistry will be implemented in the ITN network and the project

The emphasis of the research of Schoenebeck group is on understanding reactivity and mechanisms, ultimately seeking the design of new catalysts and the development of new applications in organic chemistry. Thus, computational chemistry methods used in the group are particularly suitable for such an endeavour, since several different intermediates exist in catalytic transformations and frequently competing reaction paths of similar energies. The difficulty of having many potential reaction paths and intermediates is how to examine such and differentiate the paths with classical kinetic or spectroscopic methods. With computational chemistry using modern DFT methods the entire reaction path can be investigated and its analysis could build the foundation for future design of catalytic processes with controlled reactivity. To accomplish this goal tools of computational and experimental chemistry is a powerful combination to tackle origins of chemical phenomena at the molecular level.

Her research interest concerns design of new, catalytic reactions, focusing mainly on asymmetric C-H activation. She is author of 37 publications in international journals, 2 patents and 16 invited academic & industrial lectures as well as 4 Presentations & Communications on Conferences. Since beginning of her work as permanent CNRS researcher in October 2013 she has been participating in supervision of 7 PhD students, 5 post-doctoral students, about 6 undergraduate students and was a member of 5 PhD committees. H-factor =17. In 2017 she was awarded by French Society of Chemistry, Organic Chemistry Division with Julia Prize for Emerging researchers.

All the PhD students hired by CNRS at Strasbourg have their PhD diploma awarded by the University of Strasbourg, as per usual in the case of Joint Research Units like LIMA. The ESRs-CNRS will be in the same case, and will be enrolled at UNISTRA doctoral school. The ESRs will also benefit from UNISTRA for finding accommodation, taking French lessons, having access to sport infrastructures, etc. 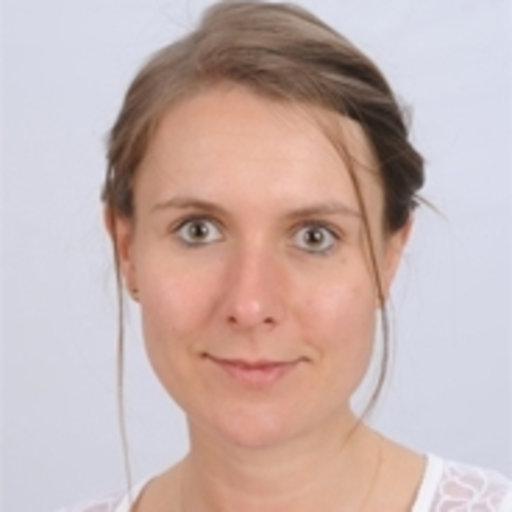